Tips for Looking After Your Dogs in Winter 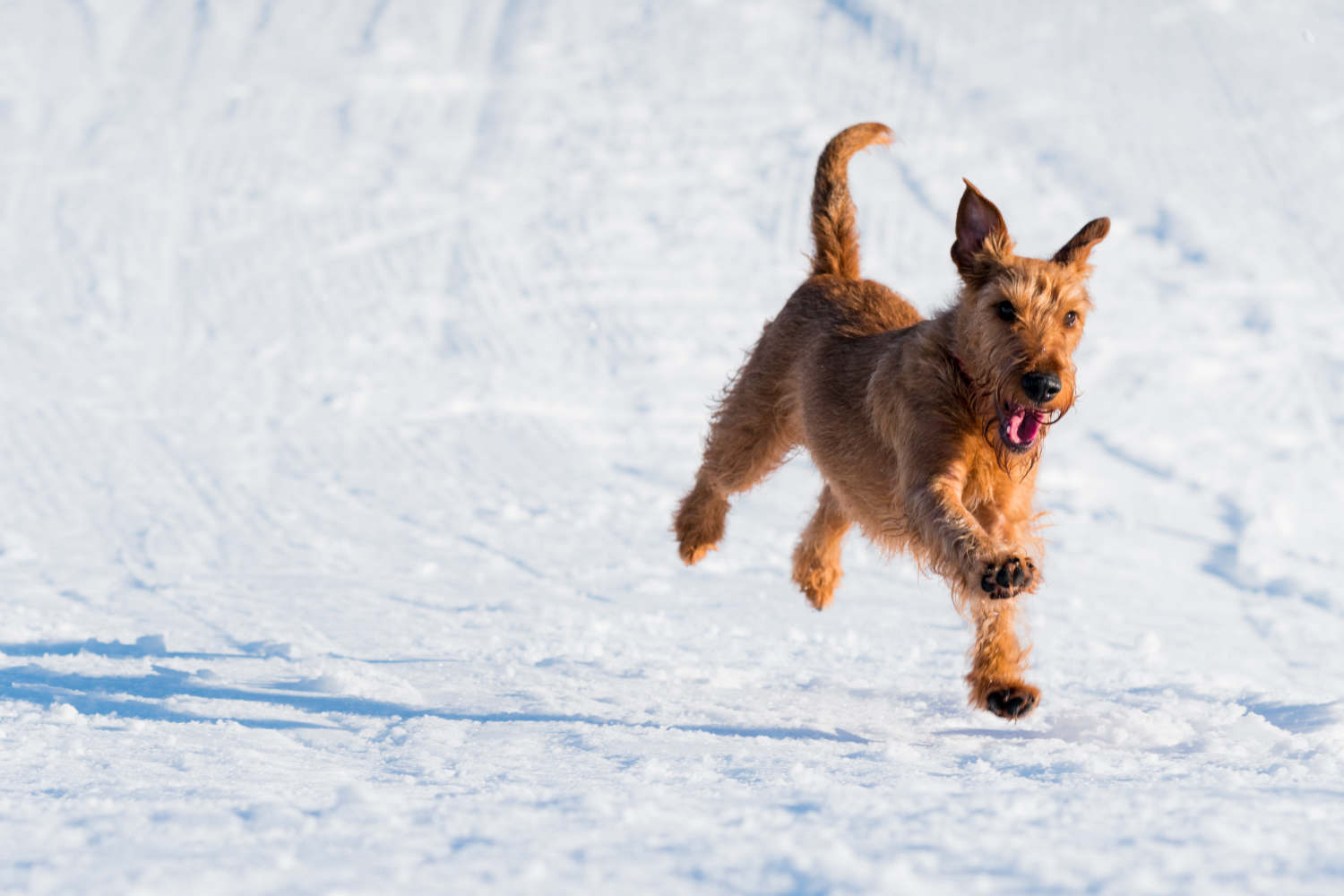 It's not been as cold this winter as some others I can remember but there have been a few exceptions here and there and while walking our lovely dogs through the Derbyshire countryside it got me to thinking as to how much harder you think about your dogs in winter. About the specific challenges of the particular breeds of dogs we have and the particular breeds susceptible to cold such as the taller skinnier breeds and those with very short hair. So here's what we do to keep our dogs warm and safe during those cold winter months.

Wrap them up nice and cosy

Living in the countryside we probably tend to be quite conscious of the winter weather more than those who live in the city. It generally seems to get a fair amount colder here due to the lack of cars, trains people, etc. Put it this way, we're not exactly living in an urban heat island unlike some of our friends, so, as a result we tend to be slightly more prepared for the cold when winter hits than our city dwelling friends.

If you live in a city you're rarely far away from transport to get home or somewhere warm to go and take your dogs in winter. A cosy pub for example.

We've always kept dog coats with us as well as a survival blanket each for ourselves and one for the dogs. A hot flask, a towel and a few other useful things. It's amazing what you can fit in a small rucksack.

We tend to wrap Fred up in a cozy dog coat as he's blind and therefore never runs. He still needs the exercise and he definitely needs to keep warm.

Dealing with the snow

There has been some snow here in Derbyshire and especially up in the peaks over the last couple of years and soft snow can hide a multitude of things like thorns, stones and even glass, nails and other sharp objects that can play havoc between the toes of your furry best friend.

Snow obviously also melts and can cause hairy dogs to get cracked pads, frostbite and for those sharp objects to get lodged in there. Keep an eye on them and see if their behaviour changes in some way to signify an issue. If so then check their paws, especially between their toes and give them a good dry with a towel. Dirt and grit between the toes can cause wear too.

The snow can be lots of fun for younger dogs but if they are an older less energetic dog they need their exercise but if they are older and less fit they tend to walk slowly and barely break into a sweat so they could get much colder than a younger dog and develop hyperthermia.

Other potential hazards to your dogs in winter

Dangerous chemicals are also a potential issue more in winter or on wetter days. If your dog likes to run through puddles especially on the side of roads in towns and cities then you need to be aware of leaky car radiators as ethylene glycol based antifreeze is highly toxic to pets, especially dogs and cats and causes kidney damage and often death.

If you suspect your pet has consumed antifreeze then take them to a vet immediately as the vet can flush their system out if caught in time and hopefully the pet will survive. A friend of ours sadly lost a kitten to antifreeze poisoning and the poor animal had to be put down.

If your own car has a leaky radiator get it fixed and next time your mechanic flushes your engine get them to fill your radiator with propylene glycol which is non-toxic and doesn't have any taste and therefore is not attractive to pets.

As a matter of precaution wash the dog's paws with soap and water as soon as you get them home and check for foreign objects between the toes too while you're at it.

Should my dog avoid the cold altogether

Well it depends on the general condition of the dog and the breed and it's too complicated a debate to have on here but if you are a member of a group specialising in your dog's breed and maybe haven't had the dog very long or are new to the breed then you could discuss it on your group or talk to people who have more knowledge of your breed than you do.

Some young feisty dogs in Winter tend to run off

Your dog maybe still think like a puppy and be full of the joys of spring, even in winter. There's a snow drift they simply have to run into or they can't get enough of the trees. Or they get the scent of another dog or a rabbit or something and have to run off and explore. In winter on very cold days their surroundings could be covered with snow and nothing is recognisable to them. They may even lose your scent if you're not down-wind and the dog could get lost, become very cold and even get disorientated.

I would suggest getting a lead that extends and keeping them on it in the cold snowy days but if you really want to give them freedom it's better to be safe than sorry. So there are inexpensive ways to potentially track your dogs in winter. Following the paw prints is great until they pass over a road or an area with no snow so then what can you do? It's a case of "be prepared" and maybe try an inexpensive technological alternative.

The Apple AirTag is the best option if you have an iPhone. It will only be of use if you have a mobile signal where you walk your dogs in winter. If you are really in the sticks then maybe next time you go out check the signal periodically and don't let your dog run off.

The AirTag uses the Apple FindMy network with Apple Maps to show you to within a pretty small distance where your AirTag is. It piggybacks off other Apple devices so if someone has an iPhone or other FindMy aware apple device in their pocket and the dog runs past them the location of the AirTag will be sent back to your iOS account and shown on Apple Maps on your iPhone.

I'd highly recommend getting some of these and shop around as you can get them a little cheaper if you buy a few.

Samsung Galaxy users have the smartTag which has similar features, uses the Samsung SmartThings Find network a range of 400ft but has a less robust network than the Apple Find My network but does have a nifty Augmented reality app that can overlay your SmartTag's direction over what the camera sees.

Finally there is Tile that has its own network and is useable by practically any Android or iOS device via a dedicated app.

Tile also have plans for various features over and above the free plan.

Inexpensive trackers are a subject that's way more comprehensive than the scope of this post so I suggest you do some research and see if you have any friends that use a system like this for their dogs to give them added peace of mind. It's not totally foolproof but still a great option to help stop you losing your dog.

We suggest you take your dog for plenty of walks even in winter, they need the exercise and let's be fair so do we all especially with the lack of it some of us got over the last couple of years. So go out, wrap up, take what you need and do all the other things and have fun with your dogs this winter.