Caring for your blind dog 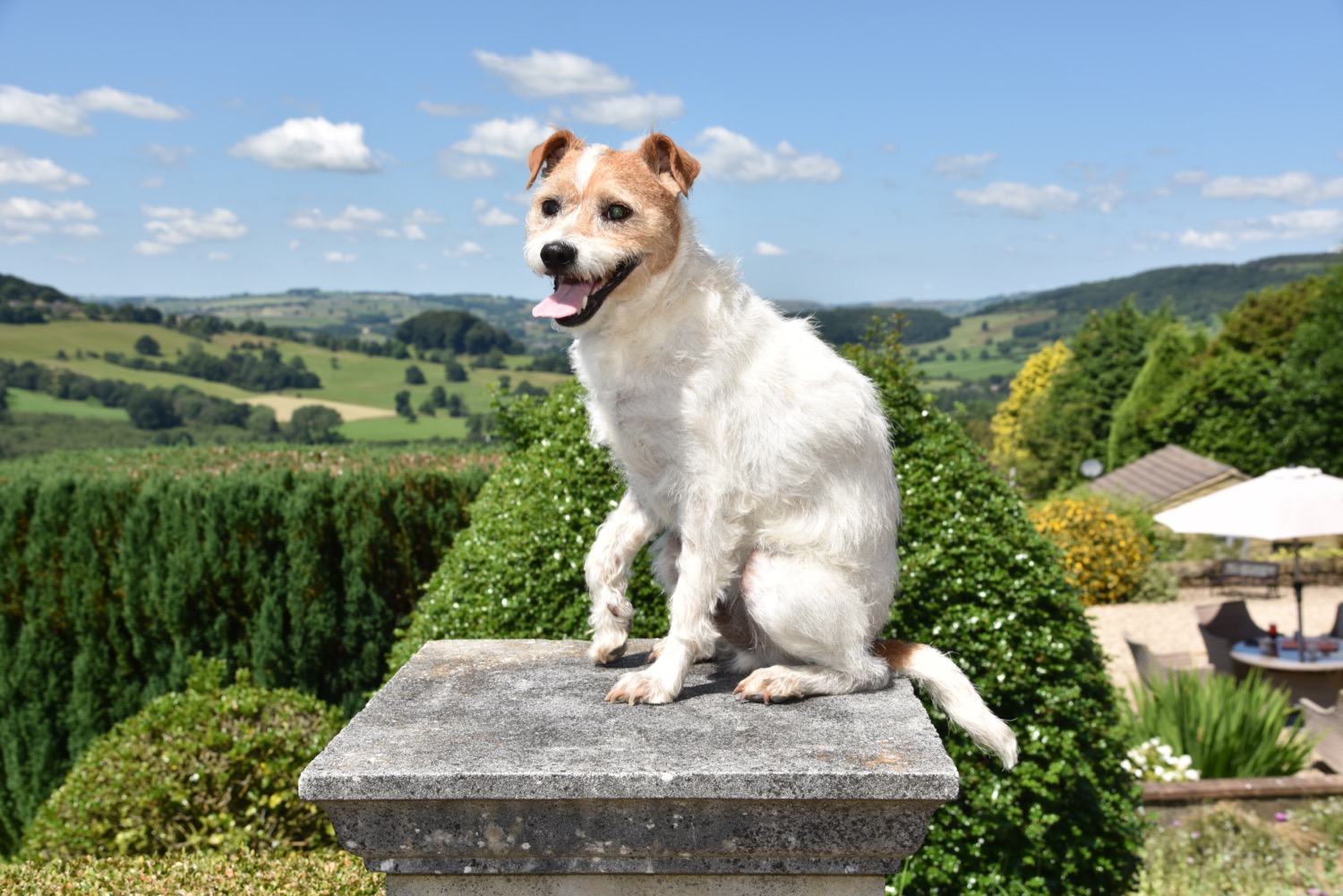 Caring for your blind dog is a challenge as we know all too well here at Fred & Betty's Treats. Let me tell you about it.

We were so excited when we got our lovely Fred as a puppy, we chose him because of his cute face and his long wiry haired coat. Being a long haired breed was important to our family as my husband has asthma, which long hair doesn’t trigger, whereas short/smooth hair does.

His vision was fine as a puppy and we remember the almost ridiculous amounts of training we put him through to ensure he was a well behaved young dog and that he didn’t run off on walks. He was such a good learner. However as young dogs often are, on the one occasion he gave chase to something; probably a rabbit; whilst on a fabulous summer walk in the woods. We had no clue that he would lose his sight eventually, it was something that never even crossed our minds until we slowly started noticing the clues. Initially he'd occasionally bump into furniture in the house but at first we put it down to being a young immature dog, always in a rush, not taking care. Eventually it got worse but it was gradual and he would come to greet us but knock into something en-route to us and he'd even stand around with a blank look, obviously looking for us when we were literally right in front of him.

A visit to the vets and then a referral to a specialist confirmed it. He was finally diagnosed as blind. It was confirmation of our worst fear. The specialist told us that it was possible that he could distinguish between light and dark which was something I guess, but we knew we had a challenge ahead of us and so did he. Sadly we were told there was nothing that could be done. It didn't deter us, yes we were shocked but Fred is such a great little dog with a larger than life personality so despite the new challenges we were very glad we had him, he's literally a part of our family now.

Having had Fred from a puppy meant he is familiar with the house and the different floor coverings, so he can determine where his food and water are. His sense of smell is also incredibly acute, as if to make up for the loss of his sight.

Fred still enjoys his walks although these days he's kept on a lead for his protection. He's our little scallywag and a typical terrier wrestling with his bed and playing tug of war with his toys and of course he really enjoys treats!

Caring for your blind dog

There are any different reasons why a dog could have good vision one day and literally within a few weeks most of if not all of that sight could disappear.

The usual suspects are often cataracts, glaucoma and infections. These are typical of an ageing canine but blindness in a dog is not necessarily deterioration due to old age. It could be a medical condition causing it like diabetes, tumours or brain disease. With some of these conditions, if caught early and treated by a vet, the dog’s vision may be helped or in some cases reversed to some degree but there are conditions that can't even be treated like SARDs.

SARDs is an auto-immune disease and there are a variety of treatments offered but there is no good evidence that any of them really work, however some dogs getting diagnosed for SARDs are found to actually have Cushing’s disease. There are treatments for Cushing’s disease that do help but do not reverse the condition. Blindness from SARDs usually takes between 6 - 8 weeks.

Signs of potential loss of sight

Disorientation and knocking into your walls and furniture, pacing up and down but going nowhere or standing about in one place looking like they have no clue where they are. They may also totally avoid your stairs or just sit still all the time.

First signs of this sort of behaviour might be worth a call to the vets. Vet can test for many of the potential issuers we talk about in this article.

Dogs can adjust to blindness quite well as they rely more on smell and sound, the two most prominent senses for a dog.

If your dog actually goes blind here’s some tips

As the dog can’t see it pays to plan a permanent place that’s easily accessible for their food and water. Maybe try to set your rooms out in a semi-permanent way.

The home layout in general

Protect against sharp edges and corners. Add stair gates at the top and bottom.

I know it’s nice to have a move around occasionally but a blind dog could get very disorientated when things are not in the same place which leads to confusion and panic. So have a good think about a permanent layout that works for you in each room.

Keep communicating with your blind dog.

The dog may get stressed if he doesn’t sense that you are around so keep talking to him. Reassure him you’re there and he’s safe especially in the early days.

Dog toys when they are new usually have very little smell so keep the dog toys appropriately scented so he can find them easily.

Just like people, dogs like to have a comfy space where they can crash and relax. Your comfy place is probably that chair in the corner of your living room or flopping down on the sofa, but a blind dog’s comfy spot would do better being placed on the floor.

Indoor navigation for your blind dog

Keep something recognisable but different on the floor in each room. Something with a unique texture so the dog can feel it or smell it as a landmark and orientate himself. That way he can navigate around the house easier. Different style rugs are one option for this.

Teach him some useful commands

Commands are good so you can help your dog get around easier. “Slow, Wait, Up, Down, Sit” etc, are just some that may help your blind dog deal with obstacles and walls. Training dogs is another subject altogether but it’s worth working on some of these now whether your dog has gone blind of not.

The Garden - avoid hazards for your blind dog

Any twigs or low hanging branches could be a source of pain for a blind dog so keep the garden well trimmed and remove low hanging branches from trees and bushes as they could poke them in the eye or present trip hazards. Look around and scrutinise every object you can see the same way you would for a toddler to check if there are any other potentially dangerous garden items lying around. Especially anything pointy or sharp.

Going out for walks

Blind dogs need exercise too but always keep them on a lead for walks. It’s tempting to take your dog off a lead but in the same way there could be pointed objects to skewer your dog in your garden, there is that very same potential danger out on a walk. Even more so. They could run out in front of a car for example.