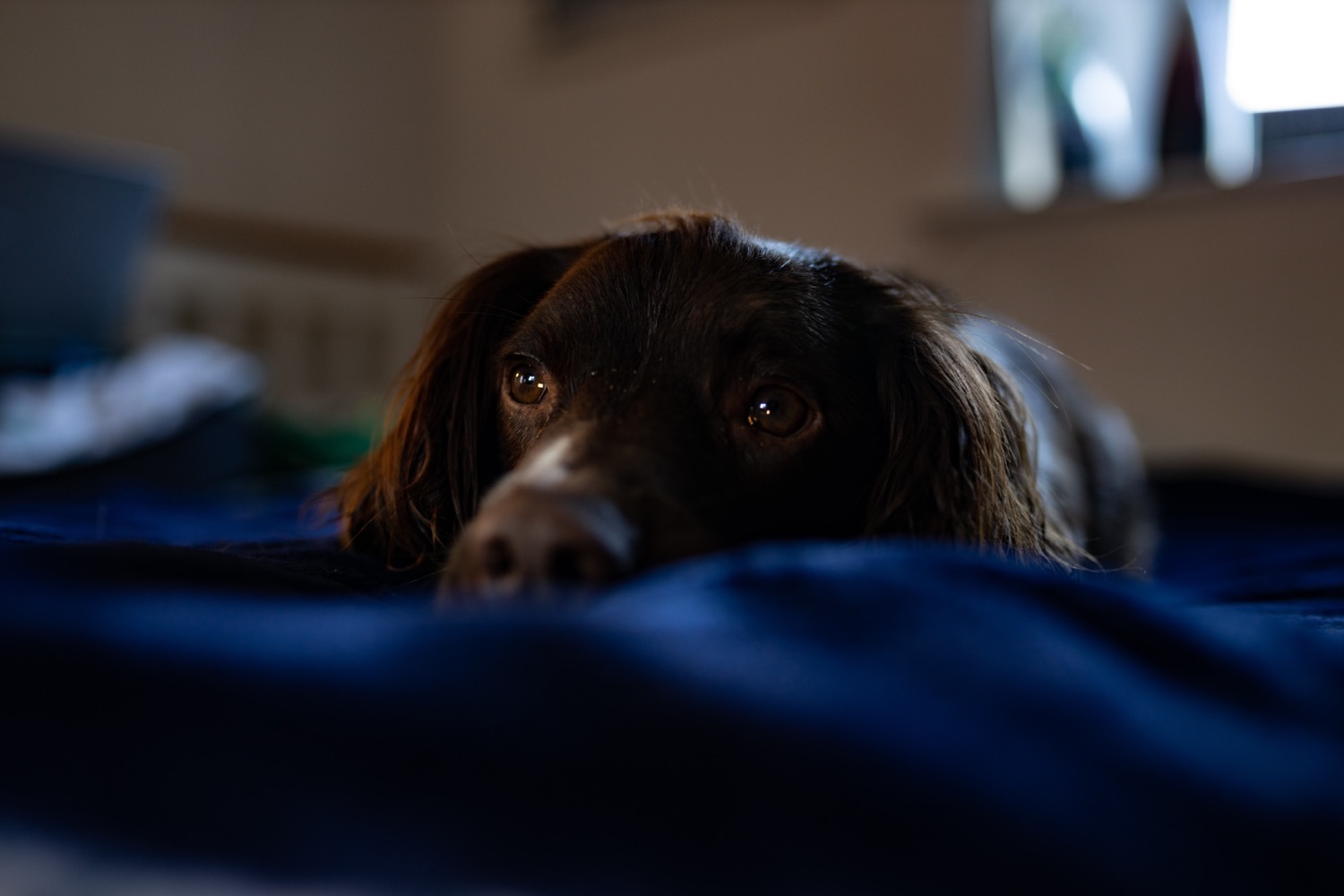 So you've brought your new 'Best Friend' home with you from a breeder or animal rescue centre and he's nervous,

yet excited to get into his new home. Everything is different and he's curious and wants to know how everything smells and tastes. He may be getting drool everywhere, that's not uncommon and we make allowances for jowley dogs but one thing we didn't think about was the furniture and would it survive the first week of a new pet? Cat's claw things and dog's often chew, whether it be your new fancy leather boots or the corner of the sofa.

So what do you do to try to mitigate this costly habit?

First thing's first. Keep him in a room with plenty of safe things to play with for a day or two so you can see what he's like with things. He may be a very respectful dog and leave the furniture alone or he may not. This gives you some time to asses the work you have cut out for you.

He might not be so young but the same thing applies. If he's nervous or has been mis-treated in the past that's something to try to work out if you're going to build that love and respect in him that a happy dog feels for his owner. Mature dogs must also be restricted to a controlled space at first where they can do very little damage if they are inclined to chew things. Doing this enables the pet to gradually familiarise himself to the surroundings of this brand-new home.

Slowly as you build trust allow him more access to the house, what's most important is to put away or remove access to anything that the adult dog or young puppy mustn't chew, things like your kiddie's toys, rugs, shoes, and so on. If it's irreplaceable or expensive to lose then hang it up, put it away, get it up off of the floor. If you don't remember to move something and come home from work to find that the pet has actually chewed it then remember it's your fault, not the dog's. If you scream at him he really won't understand why. Because it's already happened, to the dog it's in the past and he won't associate the scream with the damage he's done. It's one thing catching him in the act and taking a corrective measure in the moment and another expecting your dog to logically understand his mistake when you don't actually speak his language, so try to hold back the urge to scream or penalise your dog after the fact, when it will do little good.

Your dog maybe bored if you've not spent much time with him or not had the chance to take him for a walk. Boredom can also lead to bad behaviour in a dog. It's advisable to arrange some daily play times in your calendar so you can get into the good habit of spending quality time with your new friend and if you have to go out play wit h them right before you leave, tire him out and he'll probably sleep for a couple of hours leaving you time to go grocery shopping. If he's tired from play and had a tasty treat like the ones on our website then he'll be content and give you time to catch up with things you want or need to do. It's all about balance with a dog. Unlike cats, dogs are less independent and need way more attention so remember that when you decide it would be great to get a dog.

Dog's have the natural urge to chew.

Instinct kicks in and the dog naturally works on improving his biting abilities. A quality chew toy is an absolute necessity and can even help him clean his teeth and remove plaque.

Using the above techniques to train your pet to chew the right things and not your expensive shoes, boots or trainers can be a fairly quick process as many dog's learn fast but some will be quicker to learn than others. They could chew for a variety of reasons, even when they are tired, so make sure there is a good variety of chew toys around the room to distract from anything expensive that you can't practically remove. And if they are good and have been for a while then offer them a treat. Reward for good behaviour is a great associative way to train your dog to be good. Along with plenty of play so you can observe your dog when he's excited.

When it comes to puppies it could take a little longer to train good behaviour into him.

One of the most important reasons to teach your dog what's ok to chew and what's not is the potential for them to hurt themselves. The prime example of this is power cables. A USB phone cable with the maximum of 5 volts is one thing but a 240 volt mains cable could be hazardous to the dog. They may just chew it ragged and not actually chew through it or they could also hit the live wire and hurt themselves or worse. But even if it's just the former and also a cable that can't be replaced easily like the lead to most TVs then that's another potential problem for you right there. You can pay a lot of money for a TV and if the cable doesn't plug into the back of the TV then it's a built-in cable. Getting that replaced would be costly or maybe not even possible so you're stuck with a dangerous TV which could be a fire hazard and you might have to replace it. And I'm not sure that your insurance would cover this kind of damage. I once had a cat that chewed practically every cable in the house. Luckily she never chewed through any of them, they were just full of tiny pin holes but the amount of damage was costly and we didn't know about it until we went to replace our stereo amplifier and saw the gnarly looking cable. But if it was a dog that did it then their bite is enough to quickly chew right through possibly leading to their death.

Some dogs suffer separation anxiety and that leads often to chewing things too,

so bear that in mind if you need to leave the dog for hours at a time.

Petting and showing love and encouragement to your dog when they chew something that's permitted like a chew toy is a great form of communicating through positive reinforcement and one of the better ways to train a dog to chew the right things but you also need to figure out how to communicate to your dog when he starts going for things he shouldn't chew. That's going to be a harder process to go through as different dogs respond to different forms of reprimanding.

Good luck in training your doggy to chew the right things and remember, stay positive and have fun.