Training your dog with the help of dog treats Part 1 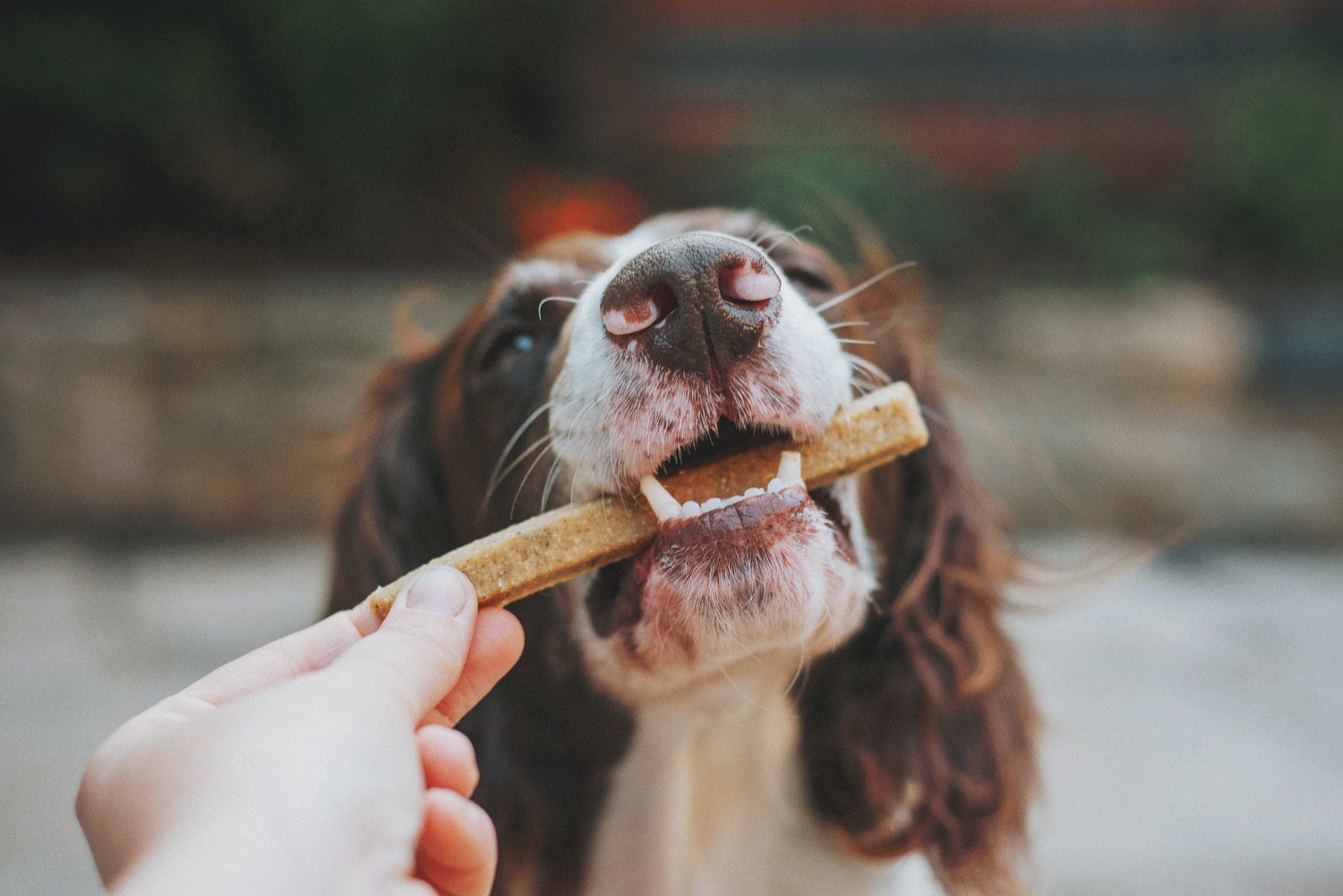 Training a new dog or puppy can often be a very daunting task as many of you dog owners know.

You really need to concentrate and predict their behaviour as best as possible but be prepared for confusion on the part of your dog and a few surprises along the way. You are effectively learning a form of communication with your dog, trying to speak their language using mannerisms and behavioural association. So it's handy to have some useful tools in your bag so to speak!

Dog treats are one of those useful tools.

One of the biggest issues with dog trying is keeping your dog's attention. There can be many things that would get the attention of your dog but what keeps it? And how do you get them to understand what on earth you are doing?

Dogs aren’t exactly pre-programmed to respond quickly and accurately to commands by nature. It's a process!

As their owner you have to put in the time to get them to understand what you want from them and that's not exactly easy especially when something can easily take away their attention together with the fact that, like children, they can also get bored. This is where treats can come in. To pull them right back where to you want them. Responding and figuring out your commands.

You musn't simply give them treats in rapid succession and expect them to respond, as they can easily simply make it about the treats themselves. That's not what we are trying to achieve here. You have to get a balance between them seeing the training as an interesting and fun endeavour as well as them learning that if they do really well then they get that tasty little reward.

What we intend to do here is help you learn how to use treats properly in training without your dog gaining too much weight and equally as important, how to not allow the whole experience becoming an exercise in bribing your dog.

The common idea is that a dog is naturally obedient and that all they want to do is figure out what you want them to do and they will obey you just like that! Nothing could be father from the truth. A dog, like most people is interested in what makes their life better and how to achieve that goal. It's a rewards based scenario and don't forget that. Therefore it's important to keep that at the back of your mind if you can't figure out why your dog seems disinterested. Because at the back of their mind there is always the thought (in doggy language of course) "what's in it for me then?" So to get Rover or Daisy to respond to commands and cues you have to show them there is some reward in it for them. Or it'll be always be "No way Jose!"

So what do we suggest?

Obviously we'd like to say that treats are the only or best reward for your dog but the truth is it's variable. Some dogs will work for a fuss or even play but more likely than not, especially if your dog is a new addition to the family they are already getting these things in spades. You can find what food is their favourite dish and fill up their bowl but that would have to come at the end of the training session and that means you have very little option to reinforce whatever stage you are at in the training.

So smaller treats are often the right size of reward to help lock-in whatever little positive behavioural change you're currently working on.

There's something very instinctive about food and that's what you're trying to exploit. It's a part of the dog's natural survival instinct. So treats are what we would recommend you keep in your arsenal for quick positive reinforcement, but try play and praise too. Every positive enjoyable interaction coming from you is a bonus to your dog so don't forget to give them encouragement verbally through words and body language along with occasional treats during training, but only do these things if they are getting it. Don't confuse your dog by praising and treating them for no good reason or you will get very varied results and it may come down to bribery against bad behaviour and that's not good. Giving them a treat because you want to take their mind off chewing your new boots is an ineffectual way of doing things.

What's treat reinforcement? It's giving them something as payment for doing a good job. If they aren't getting the idea of what you are asking them to do then keep trying until they do and give them a fuss or a treat afterwards.

Bribery on the other hand is feeding them a treat before they do something. It's not a good way to work as they will get the idea in their heads that they will only do something for payment. You're letting them bribe you.

You fuss them (or maybe give them a treat).

And don't treat them every time. Mix it up, fuss them first, after them doing it a few times you then treat them to something tasty.

Once they have a new command down pat and do it all the time no longer fuss them or treat them for it. Keep doing it and add new commands and as they are new do the same with them until you can get them to obey whenever you give a command.

You are getting them to realise that you are the head of the pack and for a better life they should obey you. You want to get to the point where you only give them a treat after they figure out how to respond to new commands and cues or better still at the end of each training session as a reward for doing well. This is crucial because they can always slip back into a relationship of bribery if they associate the treat as a demand from them in order for them to do the work and again that doesn't work well at all.

You don't want them thinking "I'll only do that if you give me a treat".

Back to blog archive
Next →
We use cookies on our website to give you the most relevant experience by remembering your preferences and repeat visits. By clicking “Accept All”, you consent to the use of ALL the cookies. However, you may visit "Cookie Settings" to provide a controlled consent.
Cookie SettingsAccept All
Manage consent